Latest News > Business law > Can I terminate a contract for late payment or a missed deadline?

With the coronavirus still disrupting supply chains and causing financial difficulties, it is unsurprising that some trading partners are unable to meet their contractual obligations to provide goods, services, or remittance within previously agreed timescales.

Initially, the Government urged forbearance to keep the wheels of commerce turning and to avoid a surge in Covid-19 related contract disputes. However, with the virus still spreading and Brexit on the horizon, continuing tolerance is becoming difficult to sustain.

This then begs the question: what are your rights where the terms of a commercial contract have been breached in regard to the time for delivery of goods, the performance of services or the payment of contractually owed money?

Are you entitled to view the agreement as being at an end and make a claim for any financial losses you have incurred, or are your rights of recourse more restricted?

In the majority of cases, missed deadlines or late payments will only entitle you to seek compensation via a damages claim. But there are instances where contracts also provide for agreements to be terminated or where termination is permissible under common law rules, because the breach is deemed sufficiently serious.

Determining whether termination is possible, or indeed desirable, can be difficult and as a result we always recommend taking legal advice before deciding how to proceed. This is particularly important where you suspect that you are likely to encounter resistance if you try to bring a contract to an end (even where permissible) or where a dispute over your right to take action in respect of a missed deadline or late payment has already arisen.

You will usually be entitled to treat a contract as being at an end where the terms of your agreement make it clear that any deadlines set for the supply of goods, performance of services or payment of monies must be adhered to and that, if they are not, you will have the right to terminate the contract and to sue for damages. This will be the case where:

You may also be entitled to treat a contract as being at an end and to sue for damages when neither of these scenarios apply, but instead:

Where none of the above scenarios apply, there will usually be no right to treat a contract as being at an end. However, in most cases you will still have the right to seek damages, particularly where a missed deadline or late payment has caused financial loss.

Right of termination without a corresponding right to sue for damages

There are occasions where, for reasons that nobody could have foreseen or prevented, it becomes impossible for a contract to be performed, either at all or as originally envisaged. In these circumstances, there may be a right to bring the contract to an end or to put the need to comply with certain obligations under it on hold, without either party being deemed to have breached the contract or becoming liable for any consequent financial loss.

Typically, such rights will arise where:

In the context of the Covid-19 pandemic, it is quite possible that a number of contracts will have been frustrated as a result of local lockdowns and national social distancing rules and also that a number of force majure clauses will have been activated. However, every case will turn on its facts and so it is important to take legal advice before conceding that a frustrating or force majure event has occurred which limits your rights of recourse.

No contractual right of termination

In the absence of time being made ‘of the essence’ or else a time-anchored provision clearly falling into the category of a contractual condition, it is unlikely that failing to perform an obligation on time will give rise to a common law right to terminate.

That said, it is possible that rights of termination may arise where a trade partner has committed multiple breaches of the contract which have the cumulative effect of being serious enough to justify you treating the agreement as being at an end. This might be the case where you have experienced a series of late payments or missed deadlines, combined with a lack of willingness to discuss the matter or to take steps to prevent further breaches.

Where a breach of contract has occurred which entitles you to treat the contract as being at an end, you will need to formally communicate your intention to rely on this and thereby treat the contract as terminated. Failure to do so may result in your right of termination being lost and instead being confined to seeking recourse through a claim in damages.

You may also lose your right to terminate if you take too long to decide what to do or if you do anything to suggest that you view the contract as continuing, or which entitles your trading partner to conclude that you have elected to forgive the breach that has occurred.

This may be the case where you have already shown forbearance following a breach of contract as a result of the Covid-19 crisis. However, any rights of termination you have are likely to continue to apply to future breaches provided you handle them appropriately.

Determining whether a breach of contract gives rise to a right to terminate almost invariably requires legal input to ensure that you make the right call and proceed accordingly. Too often, we see businesses trying to make a determination for themselves and without appreciation of where they actually stand.

This is a dangerous tactic to adopt for all sorts of reasons, including that if you get things wrong and assert a termination right where no such right exists, it may be you who ends up in breach of contract and having to pay out on a prospective compensation claim.

By considering the detail of the contract you have negotiated, and the circumstances in which the breach is alleged to have occurred, a dispute resolution lawyer can provide you with expert opinion on whether they believe termination can be effected. They will guide you through the steps you need to take to ensure this happens and ensure that your rights are not inadvertently waived.

They can help you to assess whether termination of an arrangement is in your best interests or whether you would be better off allowing a contract to continue. This may be the case where the deal you have negotiated is extremely competitive or where you are likely to struggle to find an alternative goods or services supplier.

They can also help to ease commercial tensions, thereby increasing the likelihood of an agreement which avoids the need for formal action.

Finally, they can ensure that all necessary legal formalities are complied with. This covers the information that must be included in a notice accepting a breach of contract as bringing an agreement to an end, and which you are obliged to include in order to then be able to make a claim in which you seek appropriate damages.

For further information on your rights where a breach of contract has occurred, please contact us.

Initially, the Government urged forbearance to keep the wheels of commerce turning and to avoid a surge in Covid-19 related contract disputes.

How can we help? 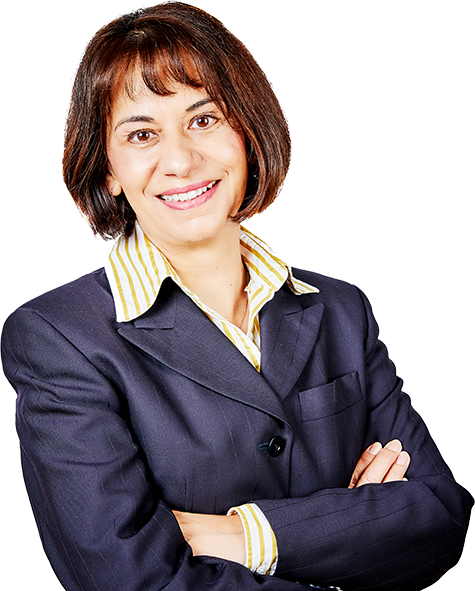 What our clients say

Vijay Singh explains all information very clearly.
All dealings with Vijay – telephone and correspondence were excellent

Very pleasant staff
– was put very much at ease

The service could not have been better

Excellent service from Mr Singh.
If it was possible to give 11 out of 10, I would.

Emily was very friendly and very professional at all times.
Thank you for an all-round excellent service.

The service we received from Kam Ubhi was superb.

How can we help?

How Can we help?

Your enquiry was sent successfully, we will be in touch soon!